This week was a particularly eventful. In the beginning of the week, the VFX/ Animation Summit had commenced. It provided an opportunity to shake hands and establish a relationship with many investors, agents, creative management, and hear some of the ( UH OH!!) legalities. There is a lot of coverage on the purchase of Lucas film, but how does this relate to the summit?
The VFX Summit Keynote, on Monday,  started with a presentation form Scott Ross. It was a  great starting point for anyone swimming the seas of creative based content. Scott’s presentation always starts a great dialogue of mixed emotions as he speaks about the truths and state of the visual effects industry.  Paraphrasing Scott “ The effects houses are being called upon to bid on a process and product with no real blue print”.These conversations always lead to the basic argument, We want the best product for the cheapest price.. Great vfx companies do not come by the dozens, and in a vfx influenced product, it serves everyone to have a product the consumers crave.  He went on to present a listing of some of the top grossing films of the year, and effect companies had no residuals based off the success from these films. Most vfx films which  have moved away from big name talent are still pulling major box office. There are the companies which have figured out the formula to success through their own IP. Pixar a company which started out doing commercials and are know for Renderman software, quickly found success through their own properties.  In addition,  break out hits like The Host, grew from a word of mouth review. On a personally note  I  recommend the Host if you haven’t checked it out.
After reading the first paragraph, you may ask “ well how does this relate to the Disney purchase of Lucas film”.  In the Dream works panel, the question of opportunity was bought up about vfx and animation. The director, through no fault of his own, responded how he thought the opportunity in animation was great, due to the number of films and content being released this year. It was a statement which legitimized Scott’s observation of IP vs under the bidding a process which is unfortunately the process of a number of vfx companies. I would be remiss to not mention  Indie vfx companies, which have adopted a  business practice to ensure that they do not under bid themselves into oblivion, such as Arc productions, Zoic studios, Scanline VFX, and Studio Atomic.
As of this moment one of the largest vfx houses, and among the most ground breaking Lucas film has been acquired by Disney. At the moment no one can tell if this is a good thing or bad thing, time will reveal all. Disney has acquired  Dream Quest in the past, and later merged the company into to the Secret Lab. These companies no longer exist. Could this spell the end for ILM in the distant future and/or could this spell opportunity for every mid to small company in the industry? Could this spell a major hit for every mid and small vfx house?. Disney now has it’s own company to initially start it’s vfx process just like Sony.  This spells a huge shift in the vfx environment, with another  major conglomerate with  their own vfx house, where does that leave the rest of everyone. Time will now tell where the opportunities will fall, because the pie has been re-divided up.

On September 19- 21, the Pasadena Convention Center housed this years L.A. Post Production Conference and Digital Video expo exhibit. I learned of the expo due to my association with the Digital Media Artists / Los Angeles (DMA/LA) user group. On September 19, we held our annual meeting toward the end of the expo. An extension was provide to attend the exhibit floor for free, based on signing up by a certain date or a code from the user group.
The floor was a small space but, not due to the size but exhibitors, packed with some great gadgets displayed by various companies. Exhibitors included  the likes of Canon, Flolight, American Society of Media Photographers, Carl Zeiss, Western digital technologies, American Cinematographer, and The Secrets  To Distribution to name a few companies.  One of the surprises on the Floor was the presentation theater,  hosting for example a preview of California Forever a documentary written, directed and co- produced by David Vassar, and editor Christian White . It is a two-part series which will air on PBS.  David speaks about the use of the  Red Camera to capture footage. Another lecture for all indie film makers was by  Jerome Courshon, The Secrets of Film Distribution, which gave a real education on getting your film out there with a plan of action. An enlightening bit of information for the uninformed.
There was an option to attend some of the L.A. Post Production conference sessions for Adobe Creative Suite, Apple Final Cut, Editing with Avid Media Composer, and Digital Video Production. You could attend any of the workshops by purchasing a 1-3 day pass.
In the end, although small, this was a great conference for those wishing to explore techniques, cameras, camera rigs, lens, etc. It is a small venue, but lets hope it grows.

http://www.dmala.org/
Posted by Eric Oliver at 8:35 PM No comments:


Although the economy isn't in the best of conditions. This event is alarming given the machine wasn't really up and running at full capacity, before closing it's doors.  Unfortunately, while this news report was released it was literal on the heels of Digital Domain's announcement of closing their Florida  facility. I feel for the many artist who uprooted themselves to Florida, to face this problem so early.  dilemma 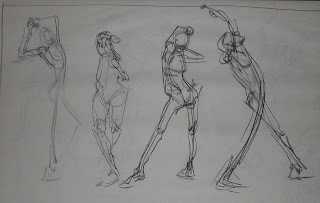 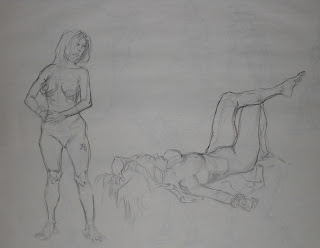 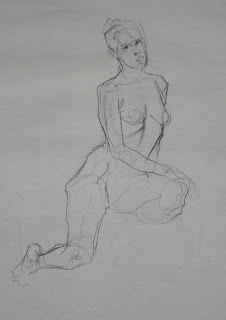 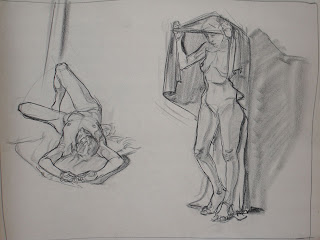 
Here are a number of studies done studying anatomy, light, form, and design

Posted by Eric Oliver at 9:16 AM No comments: 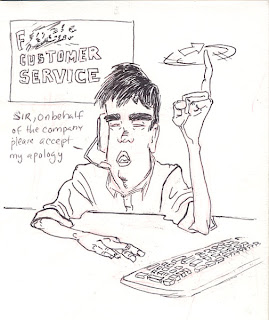 Here's the answer just go out and find it. 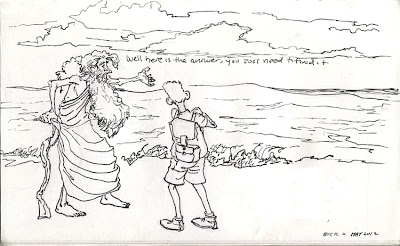 I feel like this a lot.
Posted by Eric Oliver at 8:49 AM No comments:

Email ThisBlogThis!Share to TwitterShare to FacebookShare to Pinterest
Labels: art

Some sketches from Turkish Delights.
Posted by Eric Oliver at 4:13 PM No comments: